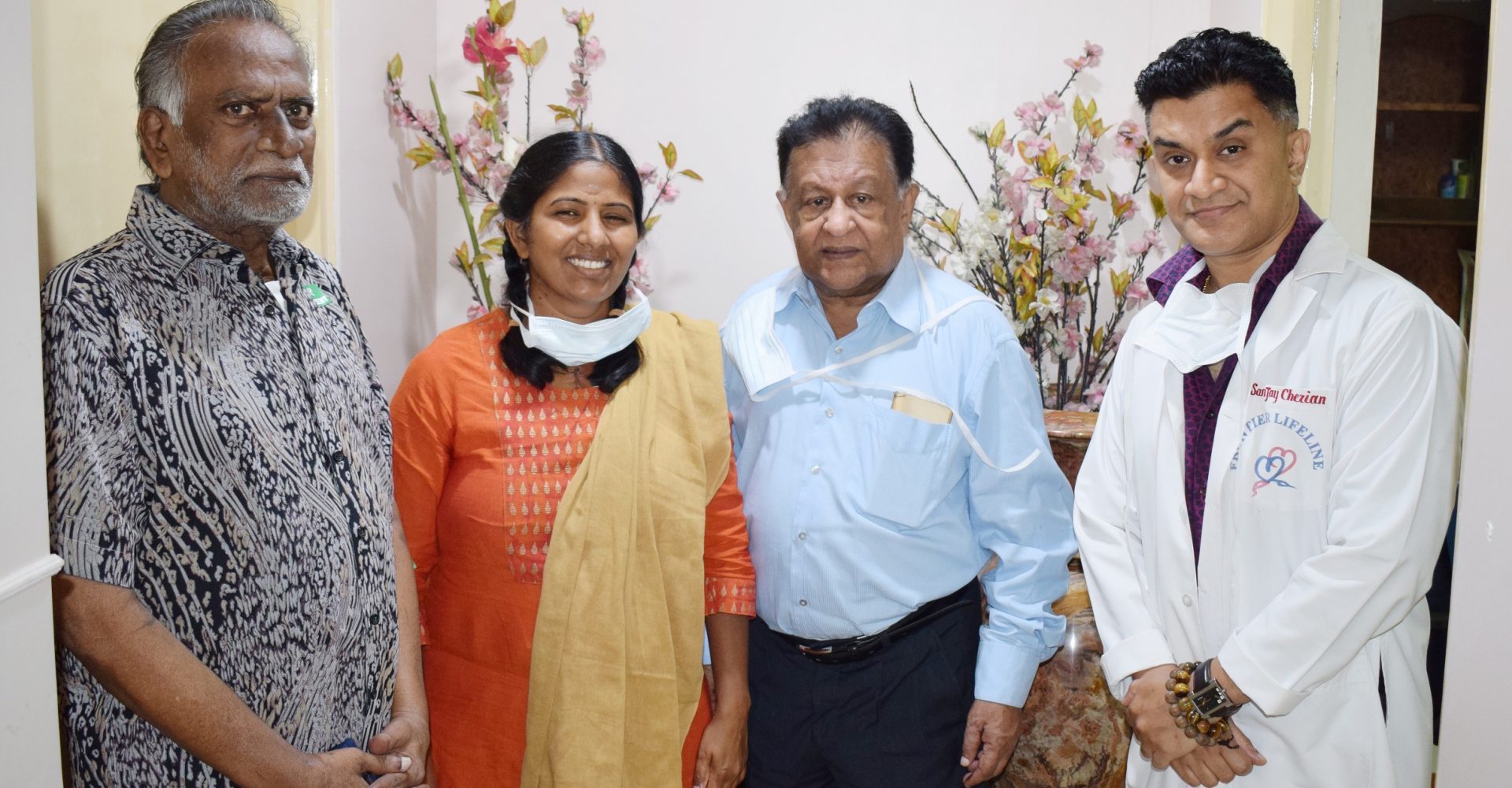 In a very rare instance, two patients with the same heart disease were operated by two generations of doctors from the same family, at Frontier Lifeline Hospital. Both the patients – Mr. Chinniah Naidu Rose & Mrs. Ramya Subramanian underwent Mitral Valve Replacement for the first time at Frontier Lifeline hospital in 2007 where Dr. KM Cherian (Father) had performed the valve replacement surgeries. In 2021, both the patients visited the hospital again for the re-replacement of the same valves where the re-surgeries were performed by Dr. Sanjay Cherian (Son).

Both Mr. Rose (75 years/Male) and Mrs. Ramya (34 years/ Female) underwent their re-surgery in March 2021 and were discharged in approximately 1 week. It is a coincidence that both patients had a 27mm tissue valve during their first surgery. They both underwent the exact same surgical procedure (Re-do Mitral Valve Replacement with a 25mm Valve (Transeptal Approach) during their second surgery.

Sharing his thoughts on performing the re-surgery, Dr Sanjay Cherian, Vice President & Consultant Cardiac Surgeon, Frontier Lifeline Hospital, said, “This was indeed a very rare instance that has occurred. Usually, it is not very common for doctor’s children to take up the same profession as their parent; even if they do, it is rare that they take up the same specialty, especially a very demanding field like Cardiac Surgery. When I became a heart surgeon, little did I know that I would be operating on the same patients that my father had operated on 14 years ago! It is indeed a very rare honour. I would like to thank God & my entire team for making it happen “.