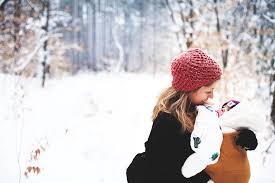 Winter can be very harsh on the health of your children. While the weather can look pleasant it could trigger asthma attacks, ear infection, chronic cough, dry and itchy skin and can even result in bleeding noses among others. However parents can teach their children few precautions when they go out to play and prepare them to enjoy a safe and cosy winter.

Let us see how the winter is unfolding this year. According to the India Meteorological Department (IMD) the present winter season from December 2020 to February 2021 will be colder than usual in several parts of India. It was predicted that minimum temperatures in north, north west, central and some areas in eastern India may be lower than the average. On the other hand temperatures in some of the same regions such as north, north west, eastern and some parts of central India may be higher than the average. In nutshell the gap between day and night temperatures will be wider.

This colder winter may lead to some common winter diseases as mentioned below in India that occur across all ages and especially among kids.

These symptoms may not be entirely because of the falling temperatures but due to a weakened immune system. Colds and Flu generally get transmitted through the air in the environment. Influenza commonly known as flu is a viral infection that affects your respiratory system- nose, throat and lungs.  Flu subsides on its own in many but sometimes, the consequences can be life threatening.

People at higher risk of developing flu complications include, under-fives (especially under 6 months), adults more than 65 years, residents of nursing homes and other long-term care facilities, pregnant women and women up to two weeks after giving birth, people with compromised immune systems, and people who have chronic illnesses, such as asthma, heart disease, kidney disease, liver disease, diabetes and obesity.

Cough is a voluntary or involuntary act that clears the throat and breathing passage of foreign particles, microbes, irritants, fluids, and mucus; it is a rapid expulsion of air from the lungs. Coughing can be done deliberately or as part of a reflex. The dust, dryness and cold winds in the winter can trigger coughs. Cold beverages can also cause a throat infection. A cough that lasts for less than four weeks is called acute cough.. A persistent cough that lasts more than four weeks is a chronic cough.

Itching is an uncomfortable, irritating sensation that creates an urge to scratch that can involve any part of the body. Cold and dry (low humidity) winter weather affects a lot of people with sensitive skin. Their skin becomes dry and  itchy during winter. The best way to take care of this is by applying coconut, olive or almond oil to skin and placing vaporisers or humidifiers at home every night.

During winter, air molecules become thinner and more restricted, as a result, individuals suffering from respiratory conditions, like asthma or Chronic lung disease may find it very difficult to breathe. The cold and dry air leads to tightening of airways making the condition much worse.

Sinusitis is an inflammation or swelling of the tissue lining the sinuses. Healthy sinuses are filled with air. But when they become blocked and filled with fluid, germs can grow and cause an infection. Sinus problems occur in houses without proper ventilation.

Winter weather can also cause heart ailments. In lower temperatures the arteries become constricted making it difficult for the heart to pump the blood. Even though there is no scientific evidence of joint pains in the winter season, there are many people who do suffer from the pain in winter. Cold winds sometimes can cause severe headaches.

Change in the weather and cold air often triggers asthma attacks in children. Therefore it is important to have refills of asthma relief medicines ( also called blue inhalers- Salbutamol ) and the spacer device ready for the winter. An asthma management plan should be instituted in case the child starts coughing, wheezing, and complains of uneasy feeling or tightness in the chest. If your child’s asthma always gets worse during the winter, it might be a good idea to start a preventative medicine such as brown inhalers or some syrups or tablets too.

Many kids could have a cough during cold and flu season when they get sick, however if the child typically develops a chronic cough that lasts more than 4 weeks, then get an assessment  with the paediatrician for possible asthma and start treatment.

Lack of humidity from cold, dry air outside and the warm, dry air inside the house when using dry heaters at home; often leads to itchy and dry skin during the winter in kids. This can be a problem on a child’s hands, which is made worse by frequent hand washing, and around his mouth (Perioral dermatitis).

Using a mild soap or soap substitute when your child bathes and then quickly applying a moisturiser within a few minutes can help to avoid and treat dry skin. One may have to reapply the moisturiser several times during the day.

Kids with eczema often have red, itchy skin year-round, but it can be worse in the winter. Get an assessment from the paediatrician if your usual eczema regimen isn’t working during the winter. The child may need advice on the way the moisturisers and steroid creams are applied or a step up of treatment such as dry or wet wraps, immune modulator creams etc.

Dry winter air results in nosebleeds. Nose bleeds can be prevented by moisturising a child’s nose with saline or a nasal gel each day. Keep in mind that kids can also get nosebleeds when they have colds, sinus infections, or allergies.

Prevention is better than cure

In order to prevent children from various health issues due to winter, the following precautions are advised…. 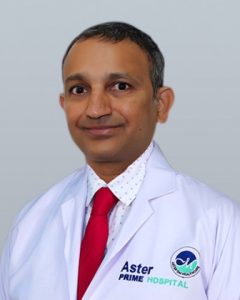