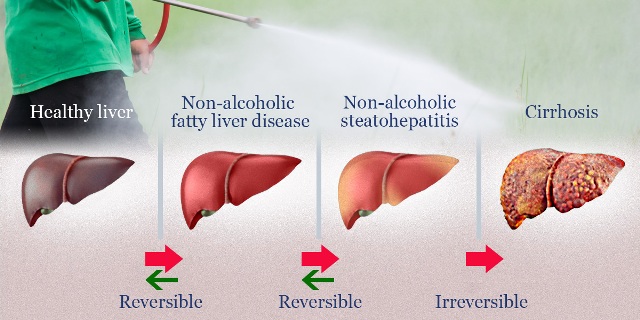 Non Alcoholic Fatty Liver disease (NAFLD) commonly known as fatty liver disease is emerging as a major cause of liver disease in India. Studies showed that NAFLD is prevalent in around 9 per cent to 32 per cent of general population in the country with much higher prevalence in obese and diabetic and pre-diabetes patients.

NAFLD is a medical condition that is characterized by the build-up of fat called fatty infiltration in the liver.

Non-Alcoholic Fatty Liver (NAFL) is a generally non threatening condition that has become increasingly common in India and Western countries as weight gain and obesity have become more common. In NAFL, the liver functions normally and there are no symptoms.

NAFL is often found when a person undergoes imaging tests of the abdomen for other reasons such as an ultrasound being done to look for gallstones. If one is overweight or obese, losing weight can reduce the amount of fat in the liver. Aside from this, there is no treatment for NAFL

Non Alcoholic Steato Hepatitis (NASH) is a condition that causes inflammation and accumulation of fat and scar tissue in the liver. Although a similar condition can occur in people who abuse alcohol, NASH occurs in those who drink little to no alcohol. It is seen more frequently in people with certain medical conditions such as diabetes, obesity, and insulin resistance. Most people with NASH have no symptoms. Rarely, NASH is found in people with fatigue, a general feeling of being unwell, and a vague discomfort in their upper right abdomen.

Alcohol abuse and other conditions can also lead to liver problems.  However to be diagnosed with either form of fatty liver , a person must not have a history of heavy alcohol use or another problem that might be causing the liver condition such as hepatitis C.

Causes of accumulation of fat

Even though it was not clearly known exactly why fat in the liver accumulates in some people there is limited understanding of why some fatty livers develop inflammation that progresses to cirrhosis. However both NAFLD and NASH are linked to overweight or obesity, and insulin resistance, in which cells don’t take up sugar in response to the hormone insulin. In addition high blood sugar, type 2 diabetes, high levels of fats particularly triglycerides, in the blood seems to be promoting the deposit of fat in the liver.

The Burden of Obesity

Obesity which is  linked with fatty liver has been steadily increasing with an estimated 1 billion people reported as overweight, and over 300 million people as  obese according to a World Health Organization (WHO)’s report.

Globally, the prevalence of NASH ranges from 6 per cent to 35 per cent. Prevalence rates from China, India and Japan have been reported as 5 per cent, 5-28 per cent and 14 per cent, respectively. Prevalence in the USA, using non-invasive tests is reported to be as high as 10-35 per cent but only 3-5 per cent by using liver biopsy. The data from NASH Clinical Research Network says that individuals with NAFLD have reduced quality of life which was more pronounced in patients who had cirrhosis, diabetes and obesity.

Research has confirmed that wide range of diseases and conditions can increase  a person’s risk of fatty liver  including, high cholesterol, high levels of triglycerides in the blood metabolic syndrome, obesity, particularly when fat is concentrated in the abdomen, polycystic ovary syndrome, Sleep apnea,type 2 diabetes, underactive thyroid (hypothyroidism),underactive pituitary gland (hypopituitarism). NASH is more likely to occur in older people, people with diabetes, and people with body fat concentrated in the abdomen.

While NAFLD usually causes no visible signs, the symptoms may include fatigue, pain or discomfort in the upper right abdomen. On the other hand possible signs and symptoms of NASH and advanced scarring (cirrhosis) include abdominal swelling (ascites), enlarged blood vessels just beneath the skin’s surface, enlarged spleen, red palms, yellowing of the skin and eyes (jaundice). It is advised to see a doctor if one has persistent signs and symptoms.

The main complication of NAFLD and NASH is cirrhosis, which is late-stage scarring in the liver. Cirrhosis occurs in response to liver injury, such as the inflammation in NASH. As the liver tries to halt inflammation, it produces areas of scarring called fibrosis. Continued inflammation, causes fibrosis to spread taking up occupying more and more liver tissue. If the process isn’t interrupted, cirrhosis can lead to fluid build-up in the abdomen (ascites), swelling of veins in oesophagus, which can rupture and bleed leading to confusion, drowsiness and slurred speech.  This could lead to end-stage liver failure, which means the liver has stopped functioning. Between 5 per cent and 12 per cent of people with NASH reported to have progressed to cirrhosis.

Treatment of NASH focuses on controlling some of the medical conditions associated with it (such as diabetes, dyslipidemia, insulin resistance and obesity) and monitoring for progression. Some studies suggest people who drink coffee have a lower risk of developing liver scarring, and some researchers have suggested that moderate coffee consumption may be beneficial.

NASH is typically a chronic, life-long condition. Most of the people with NASH will not develop serious liver problems. However, in some people, NASH gets worse over time. The most serious complication of NASH is cirrhosis and hepatocellular carcinoma.

The need for prevention – Watch what you eat

With one thirds of the Indian urban population prone to the disease, as reported by the journal “Current Science”, there is an immediate need for prevention of the fatty liver problem. The study related NAFLD with insulin resistance and abnormal blood sugar metabolism (dysglycemia). NAFLD, which is caused by excess abdominal fat, a sedentary lifestyle, a diet rich with simple carbohydrates, saturated fat and Trans fats, has its impact on the urban population.

Having a healthy life style is the only option that can be fully utilised to prevent occurrence of the disease.  So the solution is to choose a healthy plant-based diet rich in fruits, vegetables, whole grains and healthy fats. It is advised to maintain a healthy weight. If you are overweight or obese, reduce the number of calories you eat each day and exercise more. Exercise most days of the week and take doctor’s approval before embarking on an exercise regime if you are not exercising regularly till now. 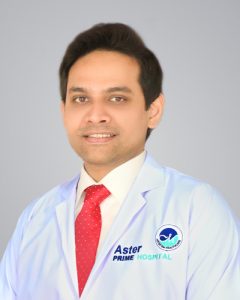