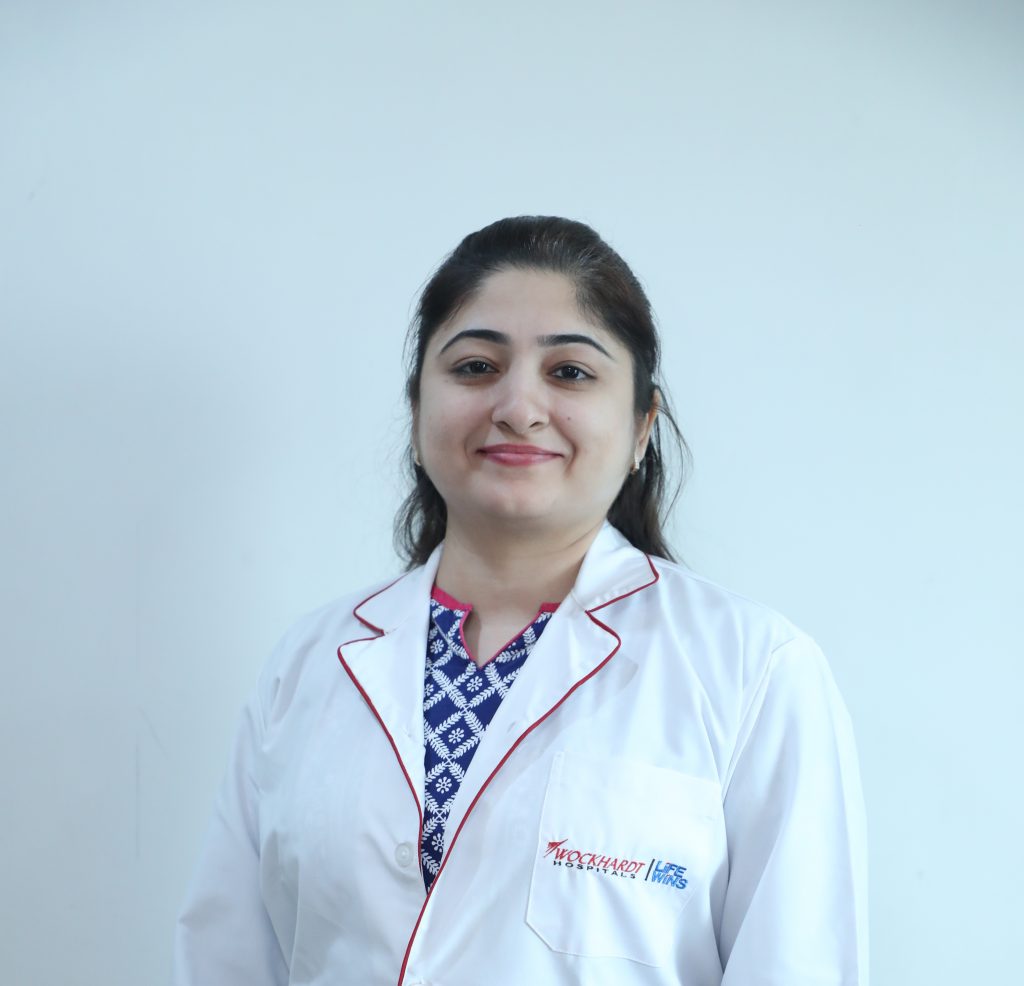 A team headed by Dr. Sheetal Radia, Consultant Otorhinolaryngology and Head & Neck Oncosurgery, Wockhardt Hospital, Mira Road gave a fresh lease of life to a 25-year-old female with tongue cancer. The patient with symptoms of the ulcerative lesion over tongue Underwent surgery – partial glossectomy + modified neck dissection+ radial forearm flap reconstruction. The patient was discharged after 6 days of stay at the hospital. The patient can eat, swallow food, is able to taste food, and speak properly now.

Mrs. Sangeeta Kamdar (name changed) a resident of Mira road suddenly was unable to eat food as she had a non-healing tongue ulcer, unable to eat spicy food, and was unable to speak properly/slurred speech.  Initially, she dismissed all the symptoms by thinking it may be normal, she took medicines from a local doctor thinking it’s a simple ulcer. Later when the ulcer was not healing after a long time, she came to Wockhardt Hospitals, Mira Road with a biopsy report suggesting cancer (squamous cancer) wherein her tongue was saved.

Dr. Sheetal Radia, Consultant Otorhinolaryngology and Head & Neck Oncosurgery, Wockhardt Hospital, Mira Road said, “On arrival in OPD, the patient was having a non-healing ulcer. A biopsy was conducted to confirm tongue cancer. Tongue cancer is the type of head and neck cancer that starts in the cells of one’s tongue leading to tumors or lesions in the tongue, Stage 3 cancer. The causes were tobacco chewing, cigarette smoking.  It spread to the lymph glands of the neck. Dr. Sheetal has treated many patients with tongue cancer. The line of treatment is surgery followed by chemotherapy and radiotherapy. She would have lost her entire tongue if cancer would not have been detected and treated promptly.”

Dr. Sheetal added, “the patient was discharged 6th day after surgery. She followed up 3 times with us. Radiotherapy and chemotherapy are going on. Tobacco chewing, smoking, or consumption of alcohol in any form should be avoided to prevent the tongue and other cancers of the head & neck. Oral hygiene, dental hygiene should be maintained, sharp teeth ill-fitting dentures should be addressed by the dentist as soon as possible.”

Dr. Radia adds, “Reconstruction was done by using forearm flap (Radial forearm flap) [That is skin, muscles, and tissues from the left wrist were used for reconstruction]. After reconstruction, the patient had good fluent speech – near normal. Her cosmoses were maintained as surgery was done from the inside mouth, there were no external scar marks on the face. Her eating, swallowing, speech, opening-closing of mouth all functions were maintained along with cosmoses.”

“I was at home when I noticed non-healing ulcers for a long time around 2 months. Initially, I didn’t take the symptoms seriously and ignored them.  Later, I couldn’t eat food as swallowing became difficult and there was a sore throat. I wasn’t able to speak and my family members found it difficult to understand what I wanted to convey. I was petrified after the diagnosis of tongue cancer. I became numb and was in a state of shock for at least an hour. I locked up myself in the room, didn’t speak to anyone, and cried the entire night. I wasn’t aware of tongue cancer at all. There were many questions and doubts in my mind and wanted to just seek an answer for them. I thought what if I won’t be able to speak again? What am I going to do without my tongue? I couldn’t imagine my life without a tongue. Fortunately, I could seek appropriate treatment at Wockhardt Hospitals and thank the doctors for saving my tongue. I can speak normally and eat properly now. Do not give up if you suffer from tongue cancer, it is possible to treat it and live a normal life,” said patient Mrs. Sangeeta Kamdar (name changed).