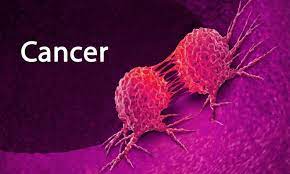 Indian Scientists have recently found that the cancer-causing virus Epstein-Barr Virus (EBV) affects the glial cells or the non-neural cells in the central nervous system and alters molecules like phospho-inositols (PIP); a type of lipid, glycerol, and cholesterol, when the virus infects the brain cells.

This could pave the path towards understanding the probable role of the virus in neurodegenerative pathologies, especially given the fact that the virus has been detected in brain tissue of the patients suffering from neurological disorders such as Alzheimer’s, Parkinson and multiple Sclerosis.

The EBV can cause cancers like nasopharyngeal carcinoma (a type of head and neck cancer), B-cell (a type of white blood cells) cancer, stomach cancer, Burkett’s lymphoma, Hodgkin’s lymphoma, post-transplant lymphoid disorders, and so on. More than 95% of the adult population is positive for EBV. However, the infection is mostly asymptomatic, and very little is known about the factors which trigger the development of such disease. It was the detection of the virus in patients with neurodegenerative diseases that triggered the search for the mechanism of propagation of the virus.

The phenomenon of Raman Scattering, first discovered by Indian Nobel laureate (awarded by Bharat Ratna) Sir C. V. Raman, provides information on the structure of any material based on the vibrations produced in them. Similarly, the light falling on the virus generates vibrations in the biomolecules, depending on the make of the virus. Using RS, the light that is scattered by the virus can be captured and analyzed to understand its structure and behaviour. Interestingly, every virus has a different biomolecular composition and thus generates a unique Raman Spectrum that serves as a fingerprint to its identity.

Dr. Rajesh added, “Our study showed that molecules like phospho-inositols (PIP), a type of lipid, glycerol, and cholesterol, are predominantly altered during EBV infection in the brain cells.”

The study, based on spatial and temporal changes in Raman signal, was helpful in advancing the application of Raman Scattering as a technique for rapid and non-invasive detection of virus infection in clinical settings. Since all the techniques available for viral load detection in the brain by far include invasive methods, RS can be a sigh of relief for patients undergoing brain biopsies for diagnostic purposes. Furthermore, it can be helpful in determining the stage of infection based on biomolecular markers and thus aid in early diagnosis.